We are the Charitable Organization for Texas Security Officers (COTSO). Financial assistance is provided to security officers during injury, disaster, or illness and to the families of fallen security officers. Ultimately, our greatest service is to honor and remember all of those who have lost their lives while in the line of duty.

Volunteers are available to provide an honor guard and 21-gun salute. COTSO representatives will provide an American flag to drape over the coffin during the ceremony and then present the flag to the family of the fallen officer. COTSO can help coordinate burial services during this difficult time.

We serve the security officers and their families because we respect the dedication, service, and protection they selflessly give to their communities. Please consider partnering with us in giving back to them through financial assistance and/or by volunteering for our honor guard! We also need officers to attend services and provide a show of solidarity with the families of the bereaved.

Contact COTSO (254) 640-1335 to see how you can help us provide resources and support to the security officers of Texas. When an emergency occurs, whether it is a cardiac or first-aid emergency, or a natural disaster or workplace violence incident, the emergency responder who makes the difference between life and death is one who is well trained. This can include individuals who receive this training as part of their profession and also average citizens.

When we consider those who train for these life-threatening situations as part of their careers, hospital staff, paramedics and police officers are the first to come to mind. But the first responders to many emergencies are not medical staff or law enforcement but security officers. Security officers are around us every day – in our workplaces, schools, banks, and stores. And when these individuals are well trained, they are positioned to step in and save lives.

Last year, an off-duty security officer, Mike Garrigues, saved the life of a 3-year old boy when he used CPR after finding him face-down in a puddle of water and sand along a beach. Garrigues had just completed a CPR course as part of his training for his security position at New Jersey’s Moorestown Mall.

Training and expertise in CPR were also critical to the heroic events behind this year’s ASIS Ralph Day Security Officer of the Year award which was presented to Myisha Pullum. Each year, one security officer in the United States is recognized for outstanding service and actions in the security profession with this award by the ASIS Security Services Council. The award was presented on September 23, 2013, at the 59th Annual ASIS International Seminar and Exhibits.

Pullum was conducting rounds near the pool at the Coronado Shores condominium complex in Coronado, CA, last summer, when she heard a commotion in the pool area.

“Officer Pullum came upon an unconscious child with a parent who was attempting to shake him to consciousness,” says Mark Merideth, District Manager, AlliedBarton Security Services. “Officer Pullum took control of the situation and began administering CPR. After five minutes of CPR, water was expelled from the child’s lungs, and the child began to breathe on his own.”

“Lifeguards from the City of Coronado, police, and paramedics then arrived to assist,” says Merideth. “Officer Pullum transitioned from her lifesaving role to secure the scene. She directed guests to leave the area and helped clear a safe path for paramedics to take the child to the ambulance. The responding police officers and paramedics commended Officer Pullum for her immediate actions and said she likely saved the life of the child. The child was treated at a local hospital and was released in good health.”

Security Officer Pullum’s attentive response and professionalism made the critical difference between a positive outcome and a tragic event. Officer Pullum’s timely actions reflect her dedication to duty, the application of her training, and concern for the safety of the community she serves.

Although these security officers are on opposite sides of the country, they have something very specific in common – their training. Security officer training is required not only at the start of a new assignment but throughout their career. And training is required in many subject areas. While these two examples highlight the importance of First Aid, AED, and CPR training, those are only some of the training possibilities for security teams.

Heroic acts by security officers happen every day – whether it is the sensitivity to assist a lost child or the technical ability to track and report on a crime in progress through a security video system, training makes a critical difference. Terrorism awareness, fire safety, driver training, communication, customer service and industry- and site-specific training covering reporting regulations and building systems are critical. Each security officer needs unique training and certification to prepare them for the responsibilities at the site to which they are assigned.

Security officers patrol the interior and exterior of the premises where they work. If there is a disturbance or emergency situation where someone’s life is in danger, the security officer is often the first on the scene. Well trained security officers are vitally important. Security officers who are confident in the skills learned through training become an incredible resource for their workplaces and their communities.

When hiring security officers, enterprise security leaders should look closely at training requirements and include ongoing educational efforts in their budgets to ensure officers are able to provide the best value to the business – especially in the most critical, life-and-death situations. Security guard work is laden with dangers and full of inherent risk. They provide a noble service by protecting both public and private activities, but who protects them? The security company insurance professionals at El Dorado make it their duty to provide comprehensive protection for security guards.

Uniform
It may seem pretty obvious, but a uniform is a security guard’s first layer of protection. Not only do uniforms set security guards apart from the general public, but they also convey authority. A security guard’s uniform is the first visible deterrent to any potential threat. The presence of a uniform ought to make perpetrators think twice about committing an offense.

What are the key components of a good, protective uniform? The uniform should be durable, functional, clean, professional, and protect the wearer from head to toe. This doesn’t mean that you should be swaddled head to toe in kevlar, but rather that your uniform should be highly visible and provide basic bodily protection. An ideal uniform is:

Boots
Having a good pair of boots is critical for any sort of security guard work. Whether you’re walking about on patrol, chasing after a perpetrator, or standing guard at a post, most security guards spend many hours on their feet. You’ll need boots that are comfortable, have good traction, and can be used in any weather conditions. Never underestimate the power of a good pair of boots!

Weapon
Not all security work calls for a gun, but almost every job requires security guards to have a weapon. Note that our list of essential gear that security guards should carry on their belts doesn’t include a gun. It doesn’t matter if you use, a baton, pepper spray, or a taser; what matters is having the right training and aptitude for using a weapon appropriately and effectively in any situation. The right weapon serves as both a means of deterring violence and a tool for resolving armed conflict. Using deadly force should always be a last resort.

Portable Communication Device
Radios, walkie-talkies, smartphones, and tablets: whatever portable device you use, a good means of communication is essential for all security guards. The goal is to communicate efficiently and effectively under any circumstance. Whether you’re just checking in with an update or you have to immediately report a life or death situation, a security guard must have the equipment necessary to communicate instantaneously at all times.

First Aid
Keeping a first aid kit, and knowing how to use it, could save lives. You never know when you might be faced with a life or death emergency. Security guards should know how to handle any sort of emergency situation, so it’s recommended that security guards take first aid training and have a first aid kit on hand. First aid kits are readily available online and in-store. Some security guard companies provide free first aid/CPR training for their employees, but anybody can become certified. You can take a class with the American Heart Association or the American Red Cross, or you can get certified online through a number of websites: American Academy of CPR and First Aid, ProFirstAid, eCPRCertification.com, and more. 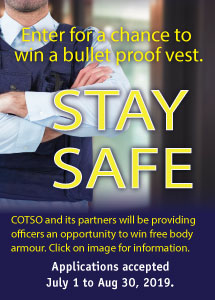 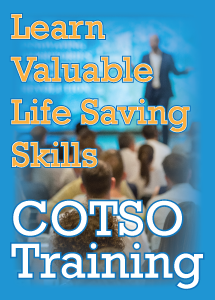 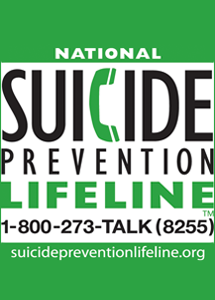 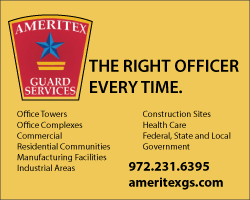 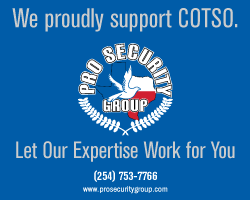 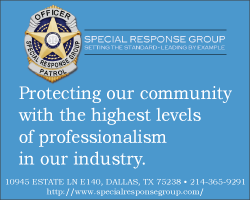